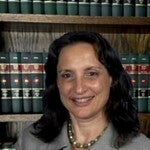 Ms. Aloe is currently a partner with Guercio & Guercio, LLP.  She is a graduate with distinction of the Hofstra University School of Law where she served as an Associate Editor of the Hofstra Law Review.  She is admitted to practice in New York State and in the United States District Courts for the Eastern and Southern Districts of New York.  Ms. Aloe is a member of the Nassau County Bar Association.  She has had extensive litigation experience in state and federal courts and in the administrative context in a variety of areas including education law, civil rights, special education, and disciplinary proceedings.  In addition to her litigation practice, Ms. Aloe advises public school districts on general counsel and labor and employment matters, including special education law.  Ms. Aloe is a co-presenter in an annual District Clerk Workshop on school district elections.