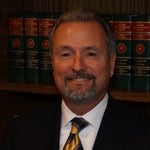 Mr. Guercio is a graduate of the Law School at St. John's University, Class of 1973 where he was a member of the Law Review. Since 1973, Mr. Guercio has been engaged in private practice and has founded the firm currently known as Guercio & Guercio, LLP, one of the largest firms devoted to the practice of Education/Municipal Law and Public Sector Labor Relations with offices located on Long Island, Westchester, and the Capital Region. He concentrates his practice in school related matters as general, labor and litigation counsel to numerous school districts in Nassau and Suffolk Counties as well as various other municipal corporations.

He has served two terms as Chairman of the Education Law Committee of the Nassau County Bar Association. He is the Past President of the New York State Association of School Attorneys and is one of only two attorneys to have been made a permanent member of the Board of Directors and is also the treasurer. He is a charter member of the Sustaining Legal Partners Program of the New York State School Boards Association.

Mr. Guercio is a member of the Board of Directors of the national Council of School Attorneys (COSA), the premiere association representing over 3,000 school attorneys nationwide. Mr. Guercio was the National Chair of COSA, a position which entitled him to membership on the Board of Directors of the National School Boards Association (NSBA). He has lectured on behalf of the National, State and Nassau/Suffolk School Boards Associations, as well as the Nassau/Suffolk Academy of Law, the American Arbitration Association, the Cornell University ILR School and many other organizations on Municipal/Labor Law issues. He is also a member of the New York State Trial Lawyers Association and the Association of Trial Lawyers of America.

Mr. Guercio has over 40 years of trial experience in the State and Federal Courts. He has been honored by his peers who appointed him as a Fellow of the New York State Bar Association, an organization comprised of what is considered the top 1% of lawyers in the State of New York. Mr. Guercio also served as a member of the Board of Directors of that Association.